It's January 2016, and already we've got loads of books we're excited to see roll out over the coming months.  Here are a few of the books on our radar for 2016! Swatch: the Girl Who Loved Color
by Julia Denos
Mar 15 Who What Where?
by Olivier Tallec
Sept 6 Nobody Likes a Goblin
by Ben Hatke
Jun 7 They All Saw a Cat
by Brendan Wenzel
Aug 30 We Found a Hat
by Jon Klassen
Oct 11 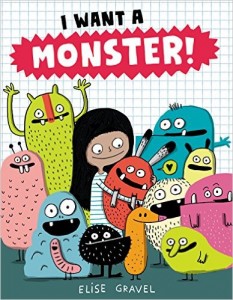 I Want a Monster
by Elise Gravel
March 15 It Came in the Mail
by Ben Clanton
Jun 21 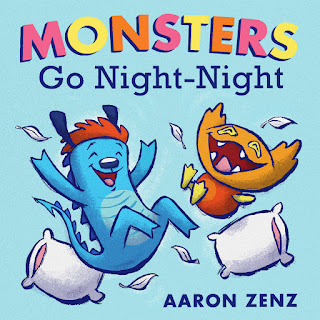 
... And truth be told, there are 10 TIMES as many books we are looking forward to this coming year!  It was difficult picking just a few to share.  So if the books above whet your appetite, check out this link to our ever-growing pinterest board for lots, lots, lots more!
Click here: 2016 Books I Can't Wait to See

Tell us more about your new book coming out this Fall! How long have you been working on it? Where did the idea come f om? Who is publishing it!

Thanks for asking, Meg :)
"Monsters Go Night-Night" has been a LONG time in coming! It started out as something originally called "My Favorites Book" that I wrote in 2009. It was quite different then... there weren't even any monsters in it.
In 2010, Abrams took interest in "My Favorites Book" and wondered if I would be open to a few changes. Four years and three complete overhauls later, Abrams finally acquired it. Yea!
In the three months after acquisition, I created all the artwork for the book. But then it would be another 2 and half years before its publication date would roll around. Timelines in the publishing world can be so drawn out!